I thought I would run this whole #solvey process on my blog to ‘show my working rather than produce one surprise result.

Firstly a few notes on what I have noticed. Really young average applicant age, good balance between girls and guys, reasonable global response although western dominates and disproportionately white focused. All applications were in english which again is evidence of our implicit biases and constraints.

I find it interesting to see that I got hit with around 100 ‘favourite’ tweets but all for just four projects out of the 80. Typically ones where young people had already gone out and done something good and possibly already have a fundraising / activist community rallied around them.

To me this is an interesting dilemma as I want to support the quietest voice with the loudest idea, I want to support the person who is daring most greatly! Even if not one person has ever listened to them before. BUT having said that, showing that someone can create momentum around their idea also shows fantastic leadership skills.  Social media can be little more than an echo chamber, amplifying people and ideas who already have a foothold in our society.

This is why I think the ‘winner’ of The Solvey Project shouldn’t be the idea that simply has the most ‘sellable’ idea, the most supporters, the nicest video. or coolest brand.

As Michael Green states in my interview with him, his ‘Biggest critique of philanthropy is it doesn’t take enough risks.

We are easily attracted to the person who has more status, is de-risked, sometimes due to hard work and often linked to opportunity based on where they were born. It is easier to invest in this bigger person if their idea is small and palatable that possibly only challenges one of our assumptions or better still solves an immediate need that we already understand. 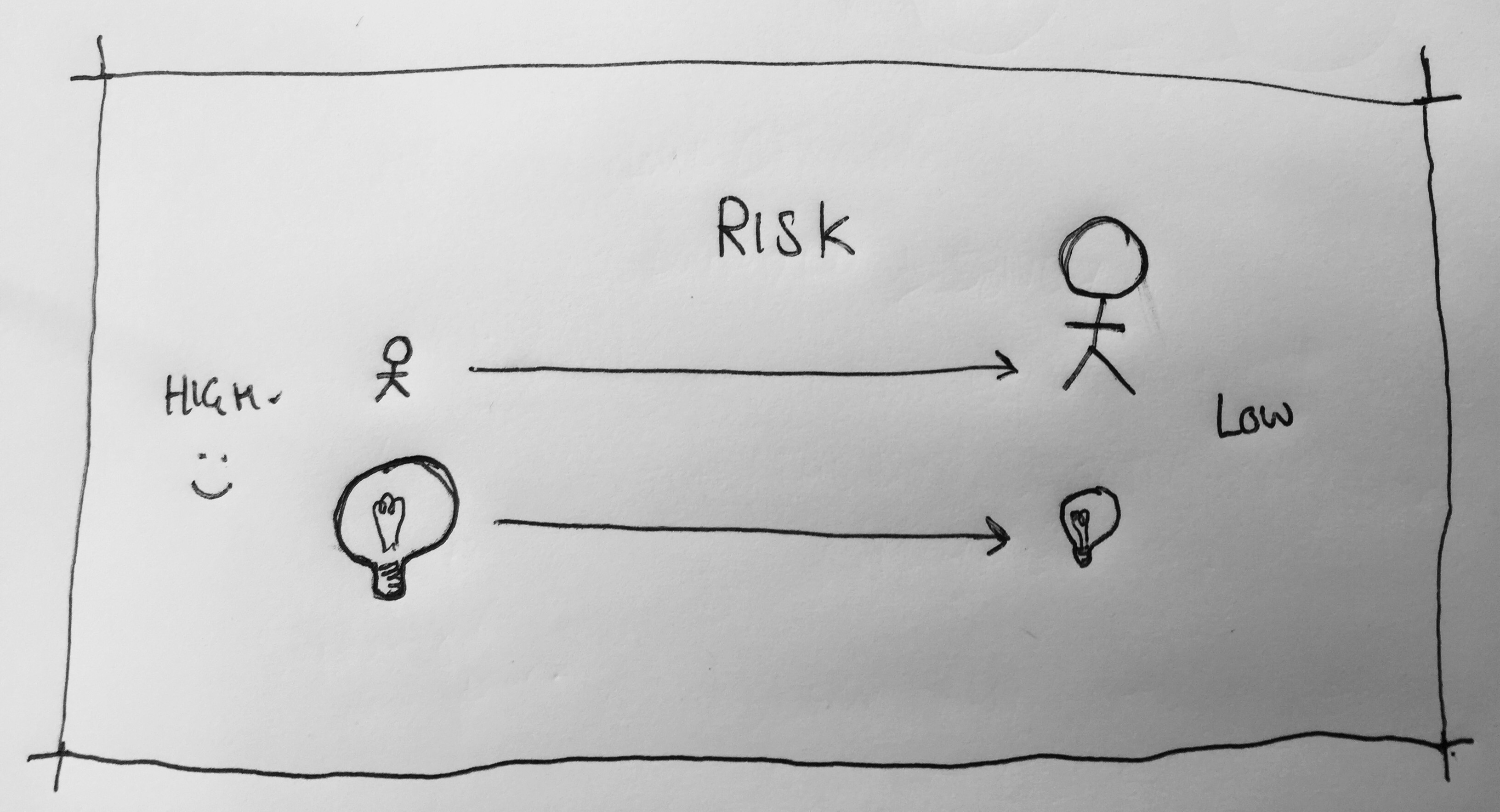 The most efficient role I see for philanthropy or ‘giving’ in society is as insane risk capital to invest in the least well resourced people with the craziest world changing ideas. Therefore I though Givey and the #solvey project want to find the person with a quiet voice who has the loudest idea and give them the stage.

Risk is called risk for a reason. By taking this approach the person we support may not succeed in the way that we hoped but I believe this to be the most holistically helpful direction we can head in for the Givey community to leverage our small contributions to make the biggest change in society.

The only way I think the Solvey Project will fail is if we choose a safer project with a bigger person or smaller idea because we think we will be more likely to save face. I wrote this recently when speaking to a group in Derry / Londonderry in Northern Ireland….

‘Please do not try things you know you can do, your avoidance of embarrassment does not serve your city, neither does allowing your thinking to be defined by it’

Time to suck on my own words!

I am now looking at the 84 applications through this lens and will announce the TOP10 tomorrow.

Stay tuned, something is happening here!